Why we need utopian narratives more than ever

Modern technology has not turned out as we hoped. Instead of flying cars and holidays on the moon, we have mass surveillance and fake news. But in a world that looks increasingly like the dystopian narratives that currently enjoy such popularity, it is all the more important to keep dreaming about a better future. The NFF Interactive programme helps us to take a critical look at the role of technology in society without losing sight of its original utopian promise. 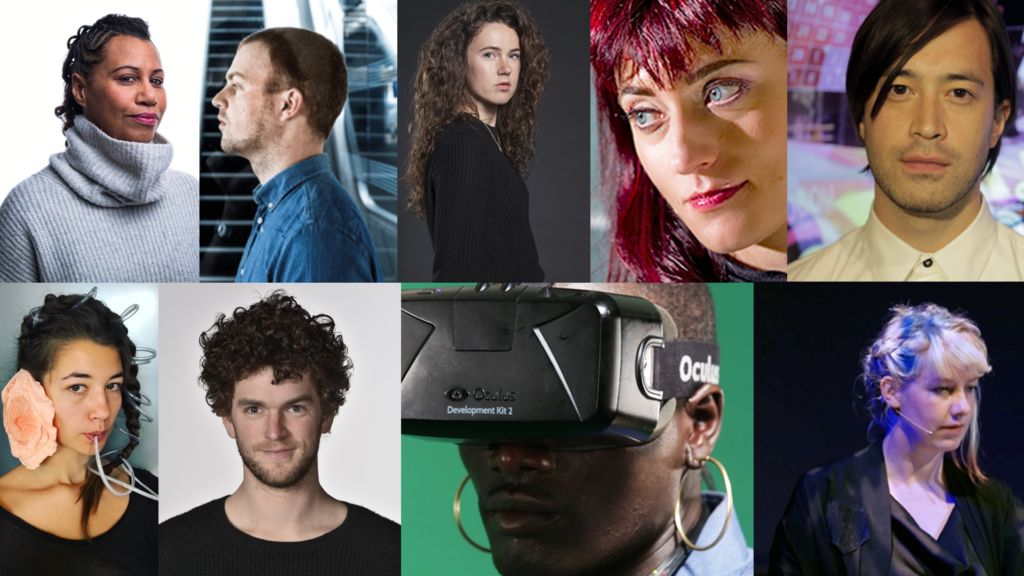 Fifty years ago, the TV series Star Trek was a manifestation of a common belief in a progressive future. Viewers lapped up the idealism with its promise that humanity was capable of leaving war, poverty, racism and sexism behind it once and for all and that the combination of technological progress and progressive values would bring about utopia in the form of ‘fully automated luxury gay space communism’. But in 2018, our vision of the future is not so much the advanced ideal world of Star Trek, but the technological dystopia of Black Mirror.

Black Mirror strikes a chord today, just as Star Trek did half a century ago. In virtually every episode we see how technology, rather than improving our lives, appears to feed and intensify our worst impulses. Now that we actually walk around with the ‘communicators’ that we could only dream of in the 1960s, the reality seems to have become a nightmare: a black mirror we hold up to ourselves every day.

In the Black Mirror episode Nosedive, for example, society is dominated by an omnipresent social medium that governs people’s relationships. It makes them constantly judge each other’s photos, appearances, and even their interactions. People with a high score not only enjoy status, but are also eligible for exclusive services and lower house prices. As the protagonist desperately attempts to raise her score, we watch her experience a downfall that is as predictable as it is inevitable. The moral is clear: social media have us in a stranglehold, and their power over us is only increasing. As always in Black Mirror, human resistance against the social medium and the suffocating culture of judgment proves to be incidental, superficial and negligible. There is no subversive use of the medium: technology merely maintains the existing balance of power, and we are only too eager to submit to its rule.

It is hardly surprising that modern technology has developed such a bad reputation. In spite of all the promises, economic inequality is growing. Worldwide, prosperity may be increasing, but in the West, social welfare provisions continue to be eroded. Our privacy is sold off to advertisers and political actors on a daily basis. Without regulation or journalistic control, factuality is being drowned in a flood of deliberate disinformation. The privatisation of social media and smartphones has not made the distribution of information more efficient, but has given birth to a revenue model of distraction, time-wasting and addiction. Neo-Nazis and fascists parade proudly through the streets in a growing number of countries, while refugees are relegated to camps and cages. And all the while, disastrous climate change is part of the price we pay for a neo-liberal capitalism that has run out of control.

The old ‘grand narratives’ – the welfare state; a charitable, religious morality; the insatiable curiosity and iron will of the Enlightenment thinker; even trickle-down capitalism –no longer seem able to rein in this neo-liberal dystopia. In his book The People vs Tech, the British technology journalist Jamie Bartlett writes that even the big shots of Silicon Valley, those who are principally responsible for many of these developments, see that the end is nigh. They are buying land as far as possible from civilisation and building bunkers filled with canned food. In its present form, capitalism will inevitably end in a fascist explosion of violence or with an ecological catastrophe. Nobody seems able or willing to steer away from it.

Anyone who keeps abreast of science fiction film and television will know that Black Mirror is no exception. The only genre entirely devoted to creating a detailed visualisation of the future has for many years been churning out gloomy visions of what technological progress holds in store for us: from the thought police of Minority Report (2002) and the totalitarian nation state of Children of Men (2008) to the post-apocalyptic wilderness of Mad Max: Fury Road (2015). And in 1998, Temmink: The Ultimate Fight posed critical questions about a society that appeared to be losing its faith in the goodness of humanity with a radical vision of the future in which convicted criminals fight each other to death with their bare hands in a gladiatorial arena. But this phenomenon is not limited to science fiction: in the Game of Thrones era, the nostalgic and childlike fantasy genre is expected to be ruthless and unpredictable, while House of Cards offers Netflix viewers a dark and utterly cynical portrayal of politics.

Our imagination has been transformed by this pessimism. Science fiction and fantasy are more popular than ever, yet the utilisation of their potential to explore alternative versions of the future and worlds that are different from our own appears only to be diminishing. We use the word ‘realistic’ to describe the cynical view of humanity in popular television series such as Westworld and The Walking Dead. Series in which humans are so selfish and violent that they can’t even rely on each other when the endless hordes of the undead –brought about by human selfishness and short-sightedness – are lining up outside our doors.

This ‘futureless’ vision is not entirely new: in 1994, the philosopher Fredric Jameson already observed that it is easier for us to conceive of the end of the world than of an end to the capitalist system. Like many other cultural theorists and critical thinkers, he sees a problem in our lack of political, economic and cultural alternatives. Since the end of the Cold War, neo-liberal capitalism has been the only game in town. This has had a suffocating effect on people and society. As each new technology is used only to increase productivity, to strengthen the level of control over citizens, and to score points on social networks, little remains of the utopian ideals with which our fascination with technology once began. With each new smartphone we buy, we sink deeper into this Black Mirror-like dystopia.

The overwhelming extent of these problems creates feelings of frustration and impotence. Or even worse, cynicism. Our belief in a better society seems to be evaporating. It is as if we are meekly accepting our fate.

But it doesn’t have to be this way. Modern technology has just as much power to liberate and exalt us as it does to imprison and oppress us. A humanity connected by the internet has immeasurable potential. Our unprecedented access to information can be used just as easily to burst bubbles as to preserve them. And progressive and critical artworks have the potential not only to reach a much wider audience, but also to teach us to relate differently to our digital gadgets, networks and skills.

The problem lies not so much in the technology itself, but in the way it is used within a worldwide economic system in which our data profiles have become lucrative commodities for billionaires like Mark Zuckerberg (Facebook), Jeff Bezos (Amazon) and Jack Dorsey (Twitter). As long as a small elite in Silicon Valley owns our digital platforms and determines their direction, our technology will serve primarily to maintain their power and wealth.

A first step towards a utopian vision of the future could therefore be one in which we become owners of our data, instead of using all our measurable internet behaviour to feed the algorithms of Google, Amazon and Facebook. A vision of the future in which we don’t turn our backs on technology, but embrace it as a weapon in a necessary struggle against oppression, exploitation and the constant invasion of our privacy. A future in which new technologies in practice don’t merely increase the growing pressure of work, but actually ensure that we have more time for ourselves and for each other.

This is why it is also so important for us to invest in films, series, games and other media in which a critical view of technology is not grounded in the dystopian perspective of Black Mirror. We now know that the technologically advanced future in which we now find ourselves has not proved to be a Star Trek utopia. But precisely by becoming aware of the restrictions that powerful technology companies attempt to place upon us, we are able to conceive and develop ways of arming ourselves against them and offer resistance. And media makers who have the courage to imagine a better future give us concrete goals to fight for.

These kinds of critical utopias are central to the programme of NFF Interactive. Our Brave New World consists of a series of stimulating and pioneering presentations and works that combine a critical look at the present with a utopian tradition that keeps asking how we can improve the future. Because political and social projects don’t get off the ground without imagination: stories about a better future enable us to look more keenly and critically at the present. Only if we have an idea of the countless ways in which things could be better can we make fundamental choices about how to achieve it. In this respect, utopia and dystopia have more in common than one might think: they both stimulate us to ask questions about the present and to think creatively about the future. But if our vocabulary becomes too limited by dystopian nightmares, our culture will lose its utopian imagination. And right now, we need it more than ever.

The NFF Interactive Expo offers a challenging, playful, innovative and sometimes confrontational exploration of the extent to which we can influence our future by means of modern technology. As well as world premieres of Long Faces (Douwe Dijkstra and Dries Depoorter) and Movie Mirror (Studio Louter), the Expo will feature the ten works that are in competition for the Golden Calf Interactive award. On the evening of Tuesday 2 October at Filmtheater ’t Hoogt, after the live screenings, the three nominations for the Golden Calf will be announced.