29 September 2019
One of the most eagerly awaited projects from the 2019 HFM selection is 100Up by Dutch/Peruvian documentary doyenne Heddy Honigmann, whose films have astonished, delighted and informed in equal measure over past decades, winning a bagful of international awards in the process. 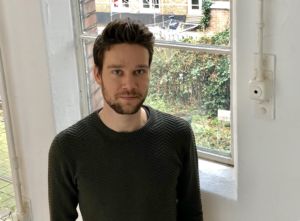 Produced by Rogier Kramer of Dutch Mountain Film, 100Up homes in on a series of centenarians whose joie de vivre and sense of curiosity about what life has yet to offer remains undiminished. Co-produced with Savage Film (Belgium) and Tenk.tv (Norway), shooting on the €700,000 production is nearing completion, with three days scheduled early October in the director’s home city of Lima before the edit process begins. The sound will be subsequently completed in Belgium and the colour grading in Norway. The production is eyeing up IDFA 2020 for a world premiere.

“The material looks really great and I am especially happy with the material we shot in Norway, and I am very much looking forward to the character we will shoot in Lima (a doctor who still practises in a local hospital), so I am really excited with how it worked out. I think that the edit will be a lot of fun ad I have great expectations of the film.”

The youthful Kramer is co-owner of Dutch Mountain Film, together with veteran Wilant Boekelman. The company co-produced Honigmann’s Joke van Leeuwen – A World between Two Ears with Dutch broadcaster NTR in 2017. “When we started pre-production on 100 UP I was involved a lot more, and it is really inspiring to hear what Heddy has to say with all her experience over many years during which she made a lot of films. She is really inspiring and I think what I can mainly contribute to her and her work is that I am young and full of energy.”At HFM, Kramer is hoping to secure a sales agent and secure international distribution deals as well as pique the interest of festival programmers.Aside from his 100Up pitching duties, Kramer is lined up as one of the four Talents en Route at HFM 2019. This programme supports four talented filmmakers and fledgling producers on the first precarious steps of their local and international career, offering up a smorgasbord of meetings, events and networking opportunities with leading Dutch and international professionals and experts. It is an opportunity that Kramer will relish.“Wilant is a partner and co-owner of Dutch Mountain and René Huybrechtse (former owner) is attached as an advisor and freelance producer on several project that he initiated. I feel very safe with them on my side,” Kramer underlines. “But I think as a young producer I am depending too much on the network of my older and more experienced colleagues, so it is necessary to build my own network, talk to a lot of people and expand my contacts. At Holland Film Meeting therefore it will be very interesting to talk to so many well connected and influential people from around the world.”Written by Nick Cunningham
back to
Share this page

Stories &amp; Beyond: Accent on France and Belgium

Why we need utopian narratives more than ever